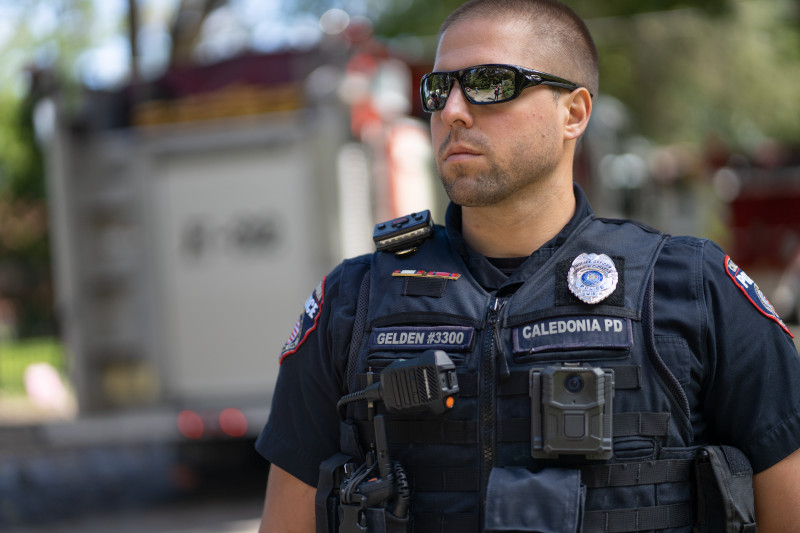 Every profession has its essential tools. For an increasing number of law enforcement agencies, body-worn cameras are now included among their everyday equipment.

As we’ve mentioned, body cameras can serve as a crucial support for front-line staff like retail workers and medical personnel. What role do these devices fill for police departments, and how effective are body cameras?

How Do Police Body Cameras Work?

For the past several years, law enforcement departments across the country have purchased body cameras for their officers and developed guidelines around the use and implementation of this technology. A 2020 report from CNET cited an analysis from Government Technology estimating that just over half of the country’s law enforcement agencies use the cameras in at least some situations.

Body-worn cameras can record audio and video from the officer’s perspective, providing verifiable evidence for issues that might otherwise be disputed. With the use of this technology, agencies hope to promote trust between police departments and the communities they serve.

Some cameras require the officer to activate the camera or are automatically turned on if a specific action is performed, such as drawing a weapon. Other devices record constantly. Based on guidelines in specific jurisdictions, footage is stored in the cloud, usually for a set amount of time.

The Results of Body-Worn Cameras in Law Enforcement

Some community groups have embraced the call for more body-worn cameras. For example, speaking with a local TV station in Bozeman, Judith Heilman of the Montana Racial Equity Project expressed her support for the devices.

A 2020 report from PBS NewsHour summarized recent research findings on the efficacy of body-worn cameras in law enforcement. Some studies have produced mixed results, but there is encouraging evidence, too.

The article quoted Michael White, who works with the Department of Justice on body-worn camera programs and training, as saying that 11 of 19 recent studies found that there was a reduction in the use of force when officers wore cameras. White also stated that 20 of 26 studies concluded there was a sizable reduction in complaints filed under such circumstances.

At the same time, body-worn cameras may require supportive policy measures in order to truly be effective. The technology performs its intended function well — capturing video and audio while running — but thoughtful guidelines around activation and how video footage is used need to be implemented in order to produce the strongest results.

A 2020 report from Stateline, a Pew Charitable Trusts publication, echoed similar sentiments. The article quoted Urban Institute researcher Daniel Lawrence as saying that cameras are a means to an end.

“The way I see body-worn camera use being emphasized in the future is really having more of an emphasis on not just deploying and having officers wear body-worn cameras, but a closer examination of how they use those cameras,” Lawrence said in the Stateline report.

At Day Wireless Systems, we’re experienced in working with V300 body cameras. With long battery life, as well as Wi-Fi connectivity and GPS capabilities, these devices are rugged, durable and easy to operate in the field. V300 body-worn cameras can also integrate with in-car systems to capture high-definition video while officers are on the job. The overall goal of these devices is to make video and audio recording as simple and effective as possible, freeing up your agency to focus on crucial tasks like community engagement and support.

Importantly, the V300 allows you to “record after the fact.” Days after an event, you can capture video even when the recording hadn’t been activated initially. These cameras are able to operate continuously for longer than a 12-hour shift, and detachable batteries make it easy to have a spare ready at all times.

When paired with effective policy solutions for camera activation and footage usage, body-worn cameras may be able to promote community trust between law enforcement agencies and the people they protect. Body cameras may also help promote accountability and increase transparency. To achieve these goals, your department needs equipment that’s up to the job, including options with long battery life and clear video and audio.

If you’re ready to explore your options, reach out to the team at Day Wireless Systems today to find out how we can help.

Previous Post: Body-Worn Cameras: Essential Technology for Safety and Transparency
Next Post: Vehicle Upfitting: What To Look For