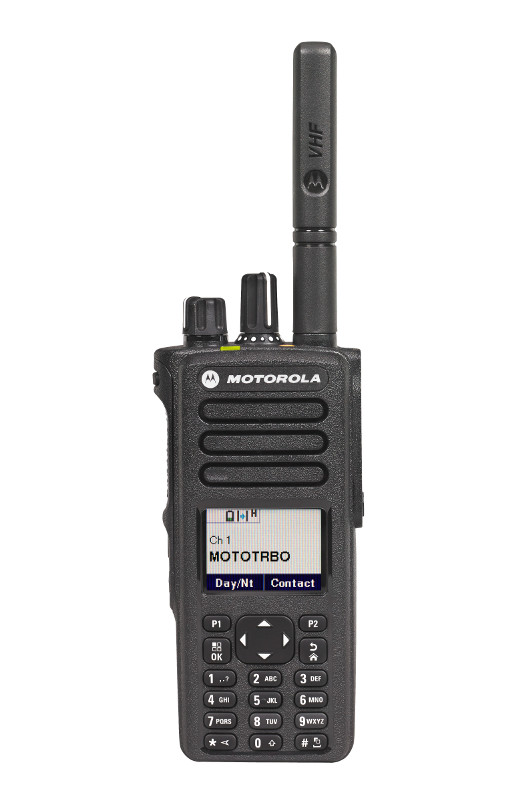 This article has been edited since the original post date of 3/2016 to reflect the current lineup of radios. (9/2016)

With so many different configurations of the XPR7000 series MOTOTRBO radio available, end users are bound to be confused.  Here, we try to break down the differences of just 3 of the models.  The top of the line XPR 7550e Enabled, XPR 7550e Capable, and XPR 7550.

The new XPR7550e will come in two versions, CAPABLE and ENABLED.

Both models will have the higher Ingress Protection Rating of IP68, optional UL (intrinsically safe) battery, Wi-Fi option, and improved receiver which boosts range by up to 8%.

Which Radio Is Best for Me?

For users who are not needing the advanced feature sets of  MOTOTRBO, the CAPABLE radio option may be the radio for you.  The CAPABLE XPR 7550e radio comes in at a slightly reduced price point than the legacy XPR 7550.   The CAPABLE model also allows you to order the advanced options a la carte should you need them in the future.

Users who are operating on a MOTOTRBO trunked or multi-site system should consider migrating to the ENABLED version of the XPR 7550e. The price point is approximately 10% higher (MSRP) over the legacy XPR7550, however, the enhancements should justify the price increase.  Specific feature upgrades include Wi-Fi programming functionality, more ruggedness, better range, better batteries, and Bluetooth 4.0 which allows for indoor location.

Users who have a substantial fleet of legacy XPR 7550’s and do not want to mix their fleet can purchase the legacy version for the time being. Motorola has temporarily increased the price of the legacy version XPR 7550 in anticipation of a cancellation in the near future.  After cancellation, the radios will be supported with service parts for a minimum of 5 years.  All audio and energy (batteries, chargers) accessories will be compatible with the “e” series models.