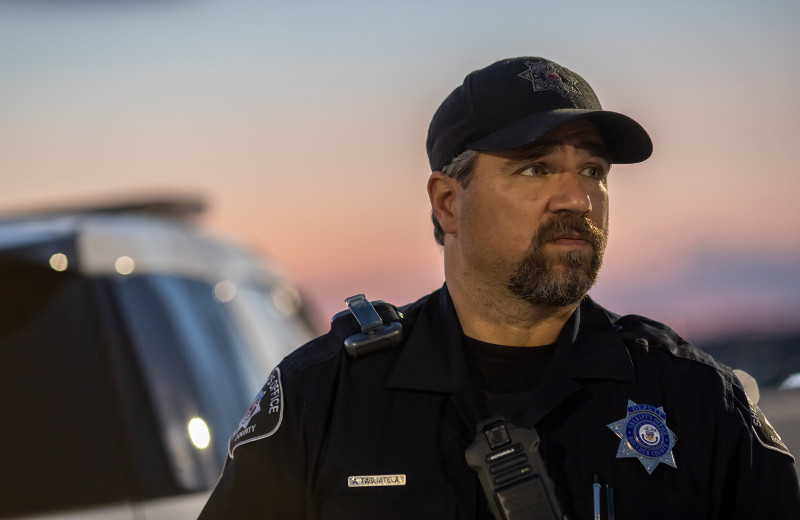 Law enforcement is a challenge by its very nature. The work, often dangerous and unpredictable, demands constant physical and mental acuity. In theory, the innate occupational hazards would be offset by optimal operating conditions, but that’s not always the case. According to the results of Motorola’s nationwide survey, law enforcement agencies are struggling to garner the support they need on several fronts:

These issues are not altogether new. Budgetary constraints have represented an ongoing issue for law enforcement agencies all over the country. Anyone who even casually follows the news, meanwhile, is already aware of the high-profile events that have acted as the focal points for issues of public perception and trust in the past few years. Motorola did, however, identify an important correlation regarding how negative public perception may be exacerbating the No. 1 issue, recruitment and retention. Specifically, improving public perception and building trust within the community may be a route to better recruitment.

“As high profile, national police incidents have put the spotlight on police and community interactions, public perception and trust in law enforcement has wavered, shrinking the pool of prospective law enforcement personnel,” the report stated. “At the same time, agencies that can enhance transparency and build partnerships within the community may be able to break through the trust barrier and begin to chip away at recruitment challenges.”

That leaves the question of “how?”

Body-worn police cameras are the most obvious candidate for building mutual trust and transparency between police officers and the communities they serve. Forty-six percent of respondents to Motorola’s survey already use body-worn cameras. The top three drivers of this adoption according to respondents are:

One example occurred in May, when a Texas woman accused a state trooper of sexual assault during a traffic stop. The allegations were promptly and conclusively refuted after review of video footage gathered from the officer’s body-worn camera revealed no wrong-doing on the trooper’s part, according to CNN. It’s difficult to ascertain whether the false claims would have been dismissed as quickly, if at all, had the incident not been captured on camera. Even with a dismissal, a lack of hard video evidence would have cast a haze of doubt over the incident, further exacerbating the issue of mistrust and lack of transparency.

Body-worn cameras can also be used for evidence gathering. Officers can provide video documentation of a crime as it occurs, and record interviews with witnesses for future reference. With the assistance of video analytics, the extraction of relevant information (such as a license plate number) and the redaction of spectators’ faces can be automated for efficiency.

Taken a step further, law enforcement agencies can actually consolidate video feeds – from existing surveillance infrastructure and from body-worn cameras – and incident reports into a single, geospatially-mapped interface. This “real-time crime center” has already come in handy for The Detroit Police Department, which saw a 40 percent reduction in violent crime at its eight pilot locations. It should come as no surprise, then, that 75 percent of officer respondents said video and analytics software make them feel safer on the job.

The only caveats to body-worn cameras, video and analytics, and other digital technologies are cost and complexity of implementation:

Most respondents (69 percent) expect integration between IT resources. This is important for user convenience and more efficient agency workflows, as well as for data-sharing between agencies to improve inter-agency collaboration, and for getting the community more involved in policing.

The good news is that funding for these types of projects is available through federal grants referenced in Motorola’s report. Additionally, a carefully-chosen investment in the right technology for your agency can significantly improve the safety, efficiency and transparency of police operations. The key is in knowing what technologies to invest in. For more information, download Motorola’s complete report, or contact Day Wireless Systems today.