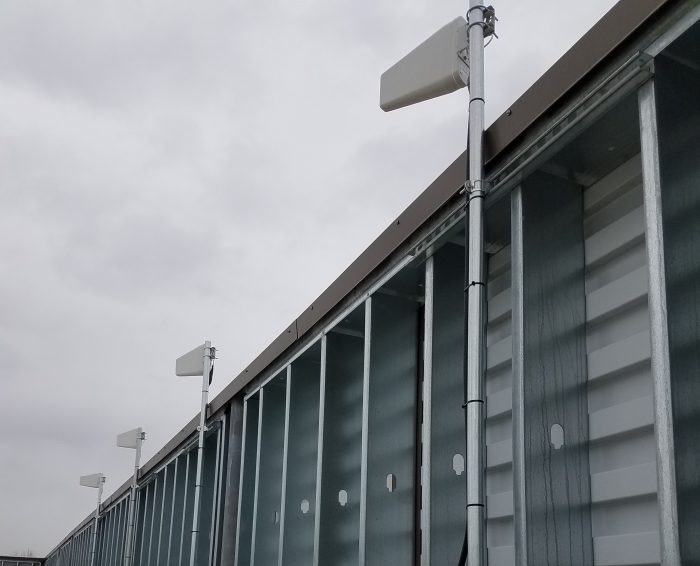 Internet connectivity has evolved from a luxury into a utility that, for most Americans, is as basic as water, gas and electricity. This expectation of constant connectivity, or what many call “the fourth utility,” expands beyond the household. Just as Americans expect running water and electricity at a restaurant, their favorite retailer and at their place of work, they expect the ability to check their email on their phones, take calls, receive texts, perform Google searches and so much more.

It’s the exception to have no cellular connectivity upon checking your phone in a commercial setting. As Americans become more dependent on mobile networks, the absence of cell signal will become even more jarring.

Naturally, this puts pressure on property owners to ensure that their tenants – commercial or residential – are able to access cellular networks as needed. For businesses and employers especially, poor cellular signal may actually lead to missed revenue opportunities and lost productivity, respectively.

Dead zones are typically caused by dense building materials such as concrete, brick, stone and steel that cellular signal is incapable of penetrating. They can also stem from natural geological barriers such as hills, or more simply, an expanse of space between a building or campus and the nearest cell tower. While It’s not always possible to eliminate the sources of dead zones, property owners can enhance reception using cellular signal boosters and, more specifically, a distributed antenna system (DAS).

First, it’s important to understand why businesses care about strong cellular reception. A corporation that pays a monthly expense for an enterprise cellular plan will obviously want signal to proliferate throughout the entire office. Sure, they could ostensibly enable Wi-Fi calling as a workaround, but this would put a strain on their broadband network to support mobile endpoints in addition to desktops, laptops and workstations. Not to mention, that business is paying for cellular connectivity for its employees. It would be ironic for that plan to work in most places, but not in the office. More importantly, it would equate to a business missing out on the full utilization potential of a service that costs thousands of dollars each month.

The need for cellular reception is even more apparent for businesses such as retailers and restaurants that target consumers. Sixty percent of consumers use their smartphones as part of the shopping experience while inside brick-and-mortar stores, according to Retail Dive. The majority of these shoppers (58 percent) are looking for product information to help guide their purchasing. Many others attempt to download coupons, scan QR codes using the retailer’s app or access an online receipt to make a product exchange.

In the case of restaurants, cafes and bars, many businesses will benefit from customers that “check-in” on social media. Likewise, Instagram and Twitter users share pictures of their experiences with the people on their networks, and even directly tag businesses in posts. All of this is essentially free, user-generated marketing.

The point is, the in-store and online consumer experiences are converging. Retailers and other brick-and-mortar businesses are wisely taking advantage of constant connectivity presuming, of course, they can actually provide that connectivity to customers.

Accordingly, property owners that lease commercial space, or retailers and corporations that own the buildings out of which they operate, only stand to gain from ensuring strong cellular signal pervades the premises. Simply put, there is a clear business incentive for strong cellular connectivity.

In small retail or office settings, a consumer-grade microcell device may solve the problem of poor cellular reception. While affordable, this option is unsuitable for any space that’s 25,000 square feet or larger.

And so we circle back around to cellular signal boosters or cellular DAS. There are broadly two types of cellular DAS that can be used to improve reception for businesses: active and passive systems.

At a high level, though, active distributed antenna system (DAS) is best suited to structures that occupy 500,000 square-feet or more. Passive DAS is ideal for structures that occupy between 25,000 and 500,000 square feet. The latter is significantly cheaper, and can be installed more quickly and with less legwork since it doesn’t require approval from carriers, but is ineffective at massive scales.

Initially, the costs for a cellular DAS appear daunting. There’s the expense of the equipment (head ends, cabling, splitters, cellular boosters and antennas), the installation (an active system requires months of laying fiber-optic cabling throughout the building), and the ongoing maintenance.

But the costs of retrofitting a building with electrical wiring at the turn of the 20th century were also steep. Today, the idea of running a business out of a building that doesn’t have electricity is unfathomable. We’re not quite at that point with cellular connectivity, but mobile networks’ rate of expansion has already outpaced the speed at which electricity became available to the masses in the U.S.

Consider this: It took 50 years from the establishment of the Edison Electric Illuminating Company of New York in 1882 to bring power to just half of all U.S. households, according to the National Park Service. By comparison, the first mobile 1G network was launched in 1983. A mere 22 years later (2005), 71 percent of U.S. households used cell phones, according to the Wall Street Journal. By 2007, the first iPhone was released.

If we had to guess, we’d say it’s a short matter of time before every commercial building in this country has unfettered access to mobile networks. Sooner or later though, buildings with obstructed cellular signal – either because of their location or the construction materials – will need to invest in a cellular signal booster.

Given the important role mobile connectivity already plays in business, we recommend sooner. Give us a call to talk about your distributed antenna system design.