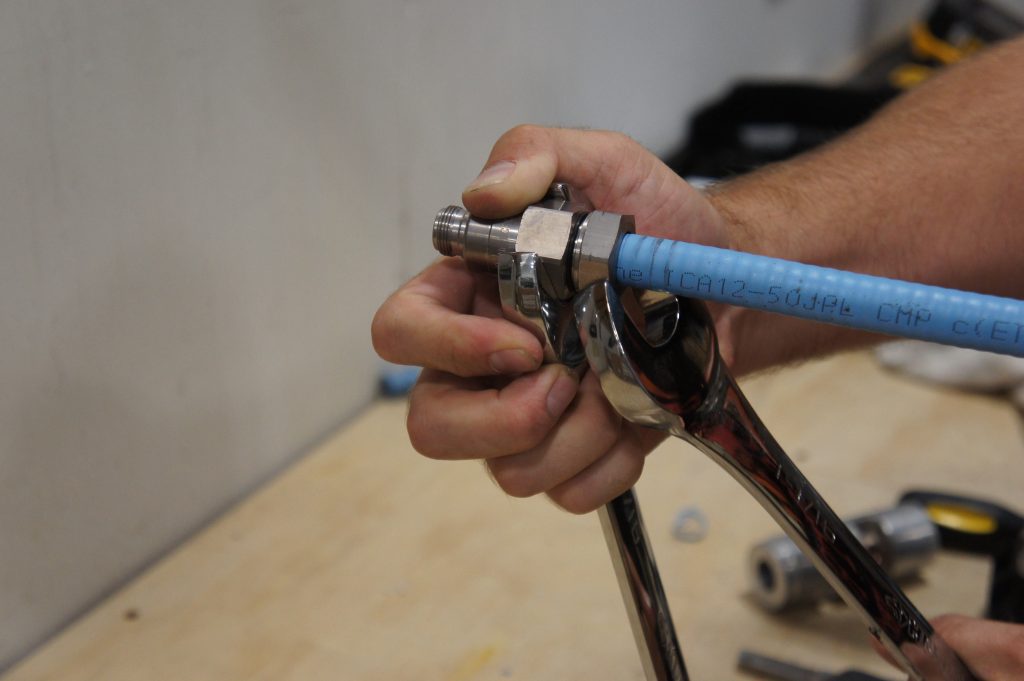 During a recent meeting with an electrical contractor, we were asked “What are some best practices for DAS installation”?  We thought we’d share a Q & A session with one of our DAS System Design Experts discussing some of the best practices to keep in mind when installing a Distributed Antenna Systems (DAS).

How do we get started on a DAS installation?

Don’t wait and think that maybe you won’t need a DAS.  Procrastination will cost you a lot of money.  DAS is no different than any other utility you will be installing in a building or facility.  It needs to be professionally designed and usually requires permits. Submittal packages and local code approval are often required which means time (days/weeks/month).

Do a self-evaluation and determine how much of the DAS installation can be done yourself.  Again, just like other utilities, there are companies that specialize in this market.  Work with a reputable DAS integrator partner.  Most will share installation responsibilities where it makes financial and technical sense.

Once we get a contractor approval we’ll come up with the final design and we’ll put together a submittal package. The design package will address the Authority Having Jurisdiction (AHJ) code and inspection requirements. The package will show the cable pathways, equipment lists, the data sheets and there’ll be some detail that we know the AHJ wants to see.

Electrical contractors are very capable of doing DAS installations, but investing just an hour of training from das system installers up front can save many hours on the back end cleaning up mistakes.

What would you say are some best practices to remember when installing cable for a DAS system?

If you (contractor) are not familiar with this type of coax cable, you need to get some training, because it is not like any other structured cable or electrical cable you may have worked with prior.  DAS coax cable is very rigid, heavy, and susceptible to damage.

If it is kinked, crushed, stretched or damaged in any other way, it will become worthless because the DAS system will not function correctly.

First off, don’t use any kind of electronic cable puller, unless it’s absolutely necessary. You should be manually pulling this coaxial cable. There are multiple instances where it gets kinked because of the electronic puller.

In pulling a cable, if installing in conduit, a rope is put through the conduit and tied to the cable and pulled back through the conduit. But an electric puller is moving in a circular motion, which twists the cable, and you can see where it gets kinked, especially on plenum cabling. Plenum cable is required in most DAS installation and has an air dielectric which means the inside of the cable is mostly air. You have an outer conductor and a center conductor. Between them on standard cable you’ll have foam but on plenum cable it’s just air. Because the plenum cable is mostly air, it’s not as sturdy, and a lot easier to crush, kink, and damage. The cable has to be pulled by hand. Any kind of device similar to an electronic cable puller will ruin it really easily.

Do you need to run DAS coax in a different cable tray then standard cable?

It depends. Usually on something like an apartment there’s not going to be a cable tray so we’re securing it to the side of a wall every three feet. Obviously you don’t want to run it with the electrical wiring and, depending on the code, you’re not supposed to run it with other signaling cable like cat 6. Some places its fine, some places it’s not. Check your local code for DAS requirements.

DAS coaxial cable is very well shielded so I don’t think it’s going to be a problem running with cat five or cable TV if you can do it above the suspended ceiling. We definitely want to keep it away from electrical wiring. The other thing is keeping in mind of the bend radius, it’s like five-inch bend radius on most hardline half-inch coax. That’s important obviously coming around turns and bends. It’s really easy to kink this cable if you’re not careful. Especially the plenum.

Even if you have a lot of space to make a turn, at what point would you use a jumper?

Never, is the best answer. If there is enough space, follow the bend radius instructions and do it correctly.  Every time a jumper is installed, there will be a loss in signal.  DAS systems are designed specifically to ensure there is adequate RF signal being distributed through the DAS. Signal loss is calculated at every point where the coax is cut and connectors are installed, plus the loss factor of the jumper.  If the connectors are installed incorrectly, that will only amplify the signal loss.

Jumpers are part of DAS design elements and should only be installed where instructed.

What other tips do you have for making installs a little easier?

We try to order spools small enough to move around easily and fit through doorways. That seems like a no-brainer but it’s something we’ve learned over time. I know we would try and limit to 500’ coaxial spools. Cabling is heavy; 500 feet of coax weighs over 100 pounds. Safety is a consideration with such large sizes and weights.

You also don’t want to be hauling around large spools while trying to get it in place on a job site, you want it to be manageable. Think about a 2000’ spool of coax that might be on a 4-foot-tall roll. You will need a forklift to move it around.

What is line sweeping, why is it important, and what are some of the best practices for line sweeping for DAS installations?

Simply put, line sweeping is measuring the RF continuity of the coax line installed. Specially calibrated equipment, used by a trained RF technician, is going to sweep every coax line from connector point to connector point.

As stated earlier, if a connector is not installed correctly, a line sweep will let the technician know there is a problem.  If the plenum coax is damaged, as described above, this will come out in the line sweep.

I’ve gone to turn systems on where the lines weren’t swept, and there’s a problem somewhere and who knows where it could be. Sometimes it’s challenging to figure out where the problem is. Sweep lines as you go to make sure you’re in good shape.

Comparable to pressure testing a gas line or water line, where leaks or bad fittings will be exposed.  For some AHJ’s or submittal requirements, line sweep test results are required as part of final submittal packages.

What’s the best way to document that?

We have reports where we’ll label a run as cable 23, for example. You go in on the map and see that cable 23 going from point A to B, and then you put a reading next to it. It’s not hard, it just takes time because you have to move your ladder from spot to spot, but obviously it’s a lot easier to come in when cables are exposed, especially if it’s new construction and it doesn’t have a ceiling lid in. Customers are not too happy when you have to put your hands in the ceiling. I get some dirty looks when we’re having to cut holes in a finished ceiling. I can recount many times where sweeping would’ve saved a lot of hassle.

What are some of the final requirements of the DAS system in order to pass the fire inspection?

We need dedicated power for the equipment permit generally, a 20-amp circuit. Also all of our equipment is required to be NEMA 4, which provides extra protection against moisture and wind. Most of the bi-directional fire signal boosters and battery backup manufacturers will meet that.

Another thing we need for public safety is to connect to the fire alarm panel at multiple points. Generally, we’ll provide a demarcation of the point where the signal booster is, where the batteries are, and we’ll run all the alarm wires to one terminal strip and this is usually the last thing done. Literally we’re doing it hours before the final fire inspection.

One thing electrical contractors are interested in is the fire code and how to address the 2 hour survivability requirements.

Make sure you understand your local fire code in and out. These codes change every few years and not all jurisdictions follow ALL code requirements. Keeping up with the frequent code changes and code adherences for each AHJ is one of the most challenging tasks for DAS installation.

For example, in NFPA 2019, the code language for “2-hour survivability” no longer exists.  System survivability is still a requirement, but now the language is vague and left to local code to clarify. For now, you should assume for any new construction, you will be required to adhere to the 2-hour requirement.

In these cases, the donor and the riser, the vertical cabling is required to be protected. If you’re running vertical you know your cable and conduit will need to be 2-hour fire-protected (as well as the rooms where any active equipment is located). Most common ways to meet code is to build a 2-hour chase/soffit or fire wrap the conduit. If you wrap it, it’s very expensive and very time consuming.

After many delays, 2-hour, UL approved, fire rated plenum coax is now available. You will go through major sticker shock, but after comparing the installation/construction/wrap cost of current methods to meet code, it could be a viable alternative.  Next major hurdle is to get local code approval to use the new cable.  It’s called Dragonskin.  Manufacturer is RFS.

What would you say are the common mistakes you see made by DAS installers?

If you have questions about a  DAS system  installation, contact our expert team who are skilled at distributed antenna system design, site inspections, coverage testing, and system installation. We partner with many electrical contractors on DAS projects.