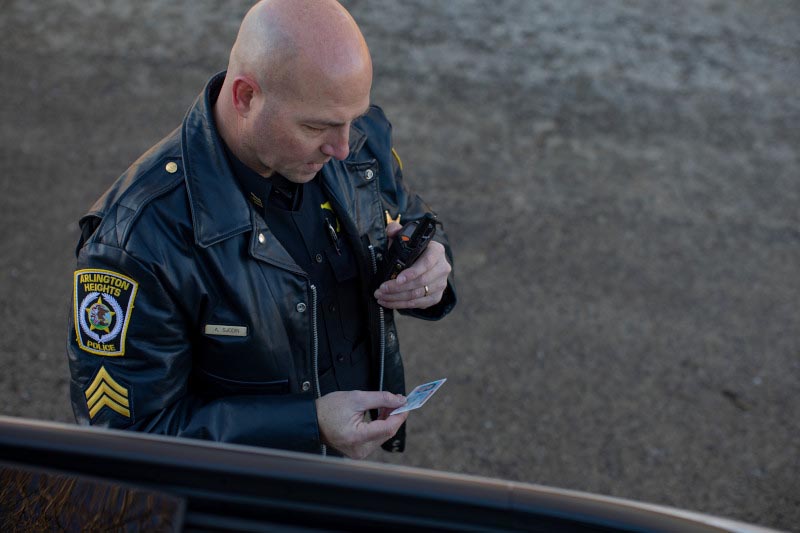 A recent informational bulletin from the attorney general’s office in California added clarity around requirements and compliance protocols for public agencies in the state. Specifically, it communicated a need for preserving the confidentiality of personally identifiable information accessed from the California Law Enforcement Telecommunications System (CLETS). These guidelines could have broad implications for the capabilities required of two-way radio systems for law enforcement organizations in the state. Hurdles could be high, and there’s little time to waste.  View Motorola APX P25 radios with encryption capability here.

What Does the Bulletin Mean for Encrypted Communications?

The notice, which was signed by California Justice Information Services Division Chief Joe Dominic and released in October, gives agencies until the end of the year to verify their compliance or deliver a plan for doing so.

At the core of the matter is the prospect of organizations broadcasting criminal justice information and personally identifiable information over unsecured radio channels. In order to comply with the mandate, agencies must either encrypt their radio transmission in accordance with specific FBI security standards or develop policies that ensure sensitive information from CLETS is not shared over open radio.

Challenges for Moving to Encrypted Radio or Developing Compliant Policies

The need to ensure that sensitive information remains confidential is clear. At issue is that personally identifiable information procured from CLETS, such as a driver’s license or ID number, may be broadcast over open radio, according to the memo.

However, the technical aspect of implementing this standard could prove challenging for many public safety agencies in the state. Access to encrypted radio technology varies across departments. A Desert Sun article from 2019 pointed out that, at the time, the California Highway Patrol did not use an encrypted radio system, meaning that any CLETS-derived information they shared was broadcast in the clear. Agencies with fewer resources may face additional challenges.

To meet these compliance requirements, departments will have to move fast. Upgrading newer digital radios to use encrypted communications may be an option for some agencies. However, those that rely on equipment purchased even 15 years ago may have to replace or augment their existing systems, despite continuing functionality. Working with a vendor now to find an appropriate solution can help agencies comply with the mandate faster. It will also be crucial for organizations to work with their partners in order to ensure continued interoperability.

Optimal Techniques for Handling the Transition

The ideal situation for most agencies that are not already up to date is to achieve compliance in advance of the memo’s deadline, for several reasons:

Will Agencies in Other Locations Be Required to Use Encrypted Communications?

With a large population, an expansive economy and a sizable cultural influence, California tends to be something of a policy trendsetter. This mandate is currently limited to CLETS-subscribing agencies, but a broader pattern may be emerging. Encrypted radio could become more commonplace for ensuring this type of compliance in nearby areas, like fellow West Coast neighbors or the Rocky Mountain states. Federal agencies with access to CLETS are already covered by this mandate, too.

Additionally, a growing number of agencies have opted for encrypted radio totally of their own volition, including local departments across the United States. A Toronto Sun article from October 2019 described how the Ontario Provincial Police began encrypting dispatch communications. The price tag for that upgrade was $765 million, with a target completion date in 2023. The newspaper noted that, for Canada, Ontario’s police were actually something of a holdout in the changeover to encrypted radio.

While the trend toward encrypted communications for law enforcement organizations is not unanimous across the United States, future compliance hurdles present a cautionary tale that encourages many departments to get ahead of the situation. The upgrade can be challenging to implement on short notice and with limited resources, particularly for some rural agencies that may be reliant on previous generations of hardware.

Proactively seeking out support for encrypted communications that will allow your agency to meet the coming challenges could serve you well. Having the technology in place to avoid a last-minute rollout will ensure a smooth transition to the new system and ease issues related to pricing, interoperability and training.

Day Wireless Systems is a leading public safety two-way radio solutions provider in California and the largest Motorola Manufacturer’s Representative in the West. With expertise in encrypted communications and public safety solutions, we’re ready to help you meet the challenges ahead and upgrade your technology to satisfy tomorrow’s needs, no matter what they might be. Reach out to us and speak with a Day Wireless Systems representative today.