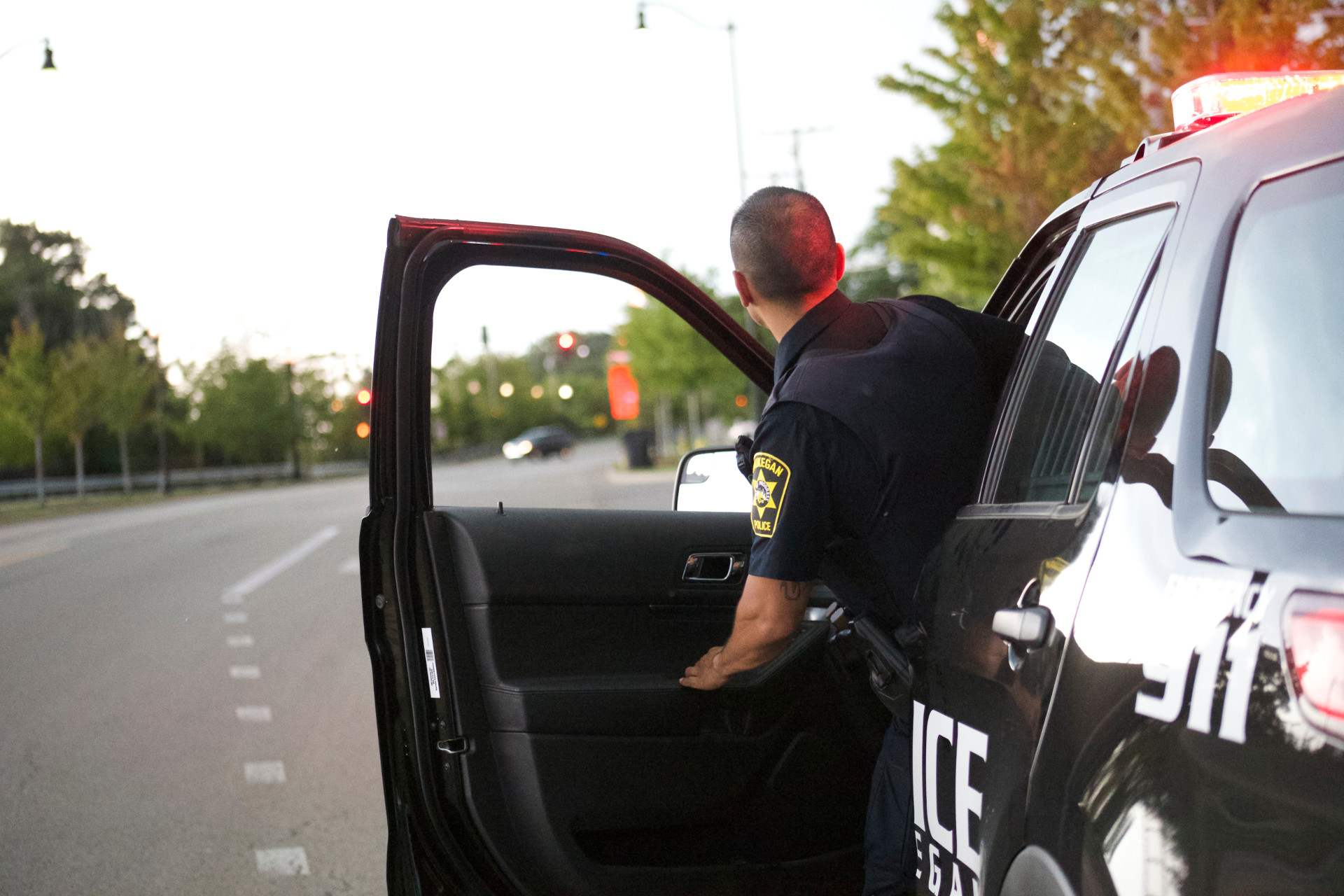 For several years now, body-worn police cameras have dominated discussions about digital evidence. Those in favor believe these cameras provide solid visual confirmation of criminal activity while protecting officers against false claims from defendants, and vice versa. Naysayers argue that body cameras lead to “nitpicking” of an extremely difficult and dangerous job.   Adoption has been staggered and often tied to new regulations, but it is growing.

The high cost of implementation and management of these systems is a unanimous pain point. In an attempt to exploit that concern, some body-worn camera manufacturers are offering “free” devices to law enforcement agents. These offers include software and storage infrastructure, at least for a limited time. While enticing at first glance, the money saved from that initial trial period is a drop in the bucket compared to the long-term expenses that follow.

The reality of digital evidence management is more complicated than some OEMs would have you believe. Doing what’s best for your police force and for public safety requires a thorough understanding of the total cost of ownership, not an instinctive gravitation toward boxes marked “free.”

Ongoing Storage, Software Comprise the Bulk of the Costs

As many police departments have become painfully aware, the body-worn cameras themselves are just the tip of the iceberg when it comes to the total price of these initiatives. It’s the average data storage cost of $2 million a year for just a single police station that bloats the budget.

In fact, TechCrunch contributor Devin Coldewey recently called Axon’s recent promise to give every U.S. cop a free body camera and support for one year “a sort of Trojan horse” in an article on the promotion. The campaign gets a foot in the door by offering a big freebie, only to charge market rates one year later for a service that isn’t necessarily a perfect fit for your department. It’s the classic “it’s free until it isn’t” snare.

The allure of the word “free” dodges the truth, which is that body-worn police camera adoption is a very involved process. And whether storage expenses weigh on the budget in one year, or in a few months, it’s going to happen sooner or later.

That said, there is a correct path to adoption. It involves thoroughly researching the top suppliers and understanding the department’s service requirements. It’s the same process and attention to detail that would accompany any other potentially transformative technology. Often, pilot programs can even be arranged at no cost to the customer (more below).

A not-so-insignificant expense police departments must consider in the context of “free” offers (and in general) is redaction costs. Police-worn body camera systems aren’t just devices, they’re all of the data (video, GPS, etc.) that those devices collect.

In order to protect the privacy of victims, minors, undercover police officers and innocent bystanders from exposure in the event of a video leak identifying marks like face, tattoos or piercings, should be blurred out or “redacted”. While there are no laws requiring this (public records are subject to FOIA) the general consensus is that redaction is a best practice for privacy purposes.

This process takes time and money, and failure to conduct it adequately can have serious consequences for investigations, court cases and the well-being of any persons captured in the video.

A recent study published by the City of Baltimore estimated the cost per hour for redaction to be $50. In a conservative scenario where just a percentage of recorded video needs to be redacted, the annual cost of redaction per camera could be $1,600 per officer for Axon and $600 for Motorola. Redaction isn’t just expensive in money, it’s costly in time too. For example, Axon’s manual redaction process takes four hours for 60 minutes of video. For context, Motorola’s redaction time is 1.5 hours for the same amount of video. These costs are another example of a necessary feature that police departments must consider fully before settling for “free.”

Long story short, some “free” offers are only free when you overlook the critical, unavoidable and potentially costly redaction process.

No Such Thing as Something for Nothing

It’s important to ask: What does Axon get from a police department through its free trial, besides the possibly of its business?

According to the Washington Post, the answer is partial ownership of the video footage captured by those trial cameras. Presumably this is for the purpose of improving its service, but in reality it’s “a huge problem,” according to the Post, for the following reasons:

In the interest of true dedication to public safety, this is all a bit unsettling, and it begs the question: Who really comes out ahead here?

Another key consideration is whether a department is “free” to leave once the trial is over. The answer? No, they’re not.

The department still has to pay for deployment, training and data transfer. Additionally, there is a limit to the amount of video that can be downloaded at once, and there are additional costs to download the metadata. Not to mention, the department loses the camera at the end of the trial.

Trial sessions are not unique to Axon. As a general rule, police departments want to adequately test out a product before making such a significant purchase, and OEMs are expected to be sensitive to that. The difference is that competing body-worn camera makers, such as Motorola, actually let the prospective client keep the camera, and don’t nickel and dime for data access.

From that perspective, the hype over the “free” body camera is exposed for what it really is: A marketing campaign that caught the media’s attention by using the original buzzword: “free”.

More to come on this in part two of this blog post.

Previous Post: Public Safety BDA and DAS System Re-Certification: Why You Need It and How to Get It
Next Post: More Than Meets the Eye, Part 2: Considerations for Effective Police Body Camera Adoption