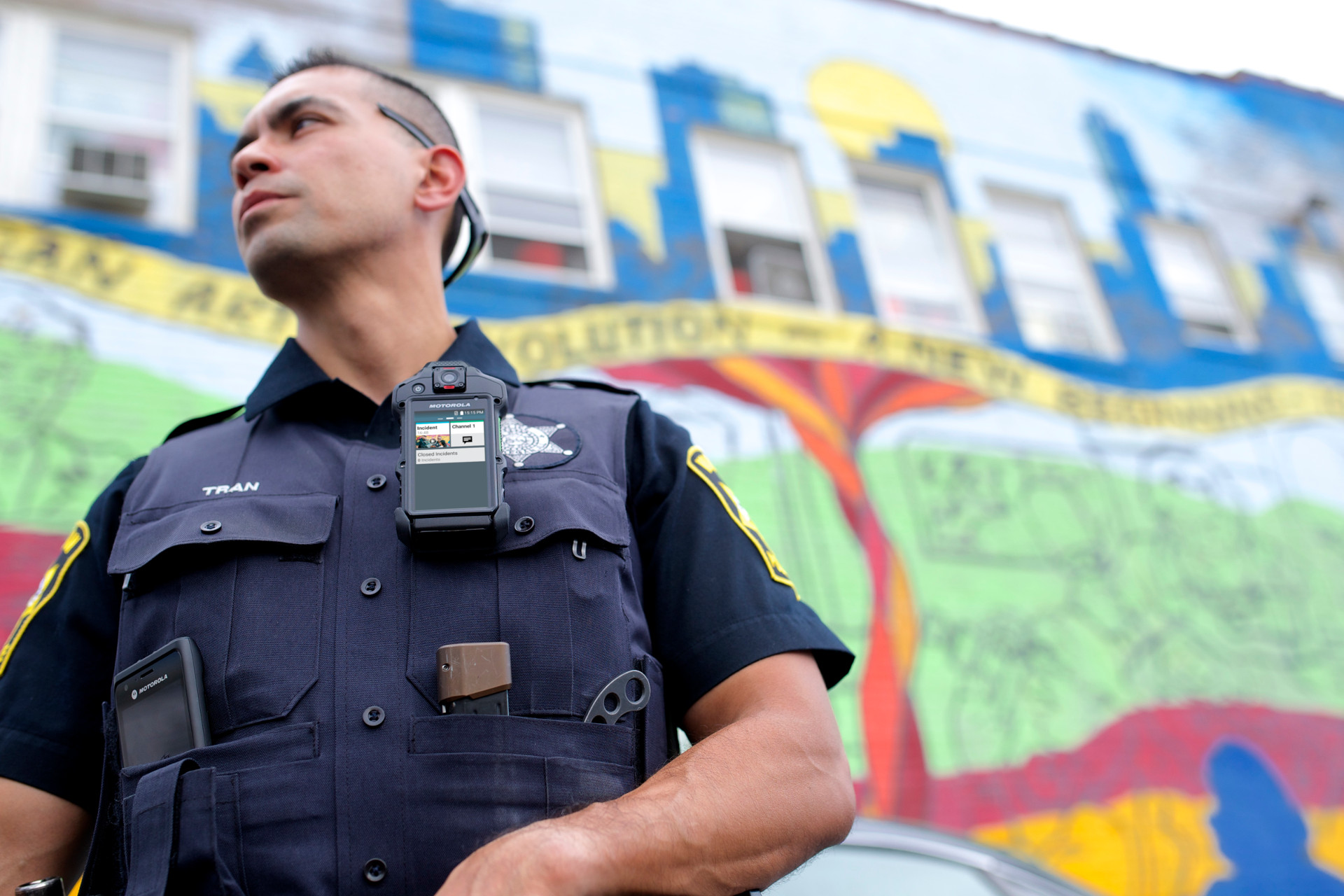 In part one of this post, we looked at why “free” is a refrain that rings hollow in some cases, especially when a manufacturer and service provider get more out of the arrangement than the prospective client.

In this post, we take a look at alternatives to “free” that save money and time in the long run.

Purchasing the Motorola APX line of two-way radios is a sizeable investment and an important decision, yes. But the features and quality of your body camera are important too. Having a body-worn camera device that acts as a camera and top-of-the-line speaker microphone that augments your existing APX radio’s features is well worth considering.

Your officers are already carrying a ton of equipment on their bodies. The Motorola Si500 camera cleverly combines two, sometimes three, devices into one, to minimize the body “real estate” needed for the technology. The Si500 as a standalone speaker mic would be considered top of the line.  The device uses an adaptive audio engine to pick up the officer’s voice and cancel out background noise, so it doesn’t matter how the officer chooses to wear the camera. This doesn’t just save space; the fact that you don’t need to purchase an additional speaker microphone saves money.

The Si500 has a full touchscreen display made of Gorilla Glass™. The full display can prevent problems because everyone knows they’re being recorded. The full touchscreen also allows the officer to quickly add notes to videos in the field, saving valuable time.

It’s worth mentioning that not all body-worn camera manufacturers have screens for in-the-field classification. Some require the video to be uploaded and classified at a central office. This pulls officers out of the field, and introduces errors due to the time gap between events happening and being classified.

Other camera options require additional devices, such as the officer’s phone or an iPod Touch, for in-the-field classification. The security of this method should be questioned as the officer’s mobile devices are usually not encrypted or properly secured, which risks compromising your chain of evidence. The Motorola Si500 is a fully encrypted device with chain of custody out of the box, and is provisioned with the back end software “Command Central Vault” account.

Other benefits of pairing the Si500 to your APX radio include:

A Clock Set in Motion

Thoroughness should not be confused with procrastination, especially given how prolific body-worn camera usage is becoming. Since March 2017, multiple municipalities and states have either implemented body-worn camera technology or made plans to. Consider the following:

These are just four examples, and more are certain to come. The use of body-worn cameras in law enforcement is gaining traction, and not just in the United States. In the U.K., for instance, Devon County just wrapped up a successful trial using the technology, and is now planning implementation at scale. Police body cameras are quickly becoming the new status quo for law enforcement world-wide.

Motorola Solutions has been a leader in public safety technology, specifically Land Mobile Radio, dispatch technology, and mobile data for many years. No one gets to be the top of this game without a keen eye toward the future, and Motorola is no exception. With millions invested in R&D for body cameras and software, support staff and an established distribution network, Motorola Solutions is set to lead this emerging industry as well.

Of course, body-worn cameras are a new market, and reference accounts specifically for body cameras are thin on the ground. But Motorola Solutions is gaining momentum across the country, so don’t let that deter you. Name another company who has been in business since 1928 that can provide thousands of public safety account references over an array of different technologies.

Whether police departments proactively pursue body-worn cameras or hold out for regulation is entirely up to them. In both cases the search for the right solution should be careful and deliberate. Police departments need to pursue this technology strategically, and ideally without feeling pressured by in-the-moment offers touted as too good to pass up.

And when your department is ready for body-worn camera implementation, you’re going to want to talk to someone who knows the field and has access to the best solutions. Day Wireless Systems will be here to guide police departments through that transition, providing access to the best service and technology for the job.