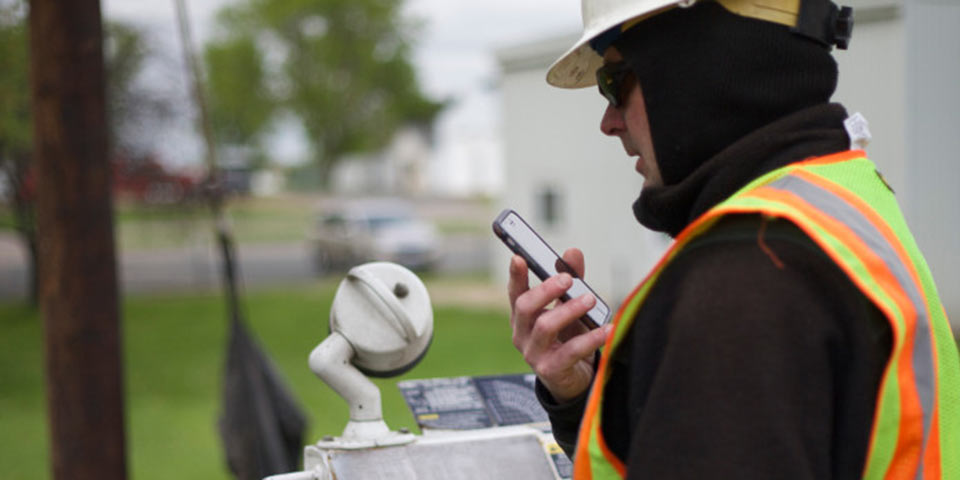 Unified Communication and Collaboration (UCC) systems are not new to the enterprise. In fact, unified email, chat, video conference and other communication channels have more or less become an expectation in what a recent Motorola Solutions white paper referred to as “the carpeted areas of the business.” But in operations like the production floor, inventory warehouses, transport vessels, and construction sites, (Motorola calls them “concrete” areas of business) UCC has been slower off the block. Why?

Part of the answer is that desktops, laptops, tablets and smartphones have traditionally been best-suited to front-end business operations. Meanwhile, on loading docks or the production line, two-way radios tend to be the device of choice. They’re more rugged, and two-way radio networks such as MOTOTRBO typically have better availability, redundancy, and lower operating cost than Wi-Fi and cellular networks. In other words, radio just makes sense on a construction site or at an inventory warehouse in a way a cell phone doesn’t.

Of course, there are cases in which two-way radio’s range can be limiting. What’s more, having two completely separate communication networks for “carpeted” and “concrete” makes it extremely difficult to truly unify an enterprise under a single emergency notification system.

In this post, we look at how radio and cellular users can be better integrated to improve enterprise-wide coverage for the sake of employee safety.

Safety is a top priority in any business operation, and communication plays a central role in ensuring that safety. Any disruption in a professional’s ability to immediately communicate with supporting staff can jeopardize that workgroup’s well-being. Consider any of these scenarios:

In any of the above safety situations, the clear audio of digital two-way radio based push to talk (PTT) can essentially act as a lifeline – but only if coverage is sufficient. While it’s true that radio networks are designed for immediate availability, it’s also true that radio can have limited range.  On the one hand, only installing the infrastructure for the coverage you need, and not paying for things you don’t is a key part of radio networks’ appeal.  On the other hand, it makes sense for users covering large geographic areas, or companies who aren’t able to see the ROI of building their own radio network, to leverage existing cellular networks.

Consider the example of the 14,000-mile Canadian Pacific Railway, which is patrolled by 102 officers of the Canadian Pacific Police Service (CPPS). Because the territory was so expansive, the agency was forced to use various carrier solutions depending on where they were stationed. This led to communication hiccups and/or failures due to interoperability issues between carriers.

To rectify the problem, CPPS worked with WAVE, by Motorola Solutions, which provided seamless push-to-talk functionality over several cellular networks, allowing the agency to communicate effectively and affordably despite the distances involved.

So while there’s a lot to be said for the reliability of radio, expanding the network requires significant resources.  Our recommendation would be to build out your two-way radio network based on your needs whether local, multi-site, or regional coverage is desired.  To supplement coverage and push-to-talk functionality for smartphone/Wi-Fi devices, a platform such as WAVE should be considered.

The other significant benefit of integrating radio and cellular is that you lay the foundation for a truly unified communication and collaboration system.

To better understand this, consider how WAVE OnCloud from Motorola Solutions functions. Any Wi-Fi or cellular-connected device (desktop, laptop, tablet or smartphone) that has the push-to-talk app is able to connect through the cloud to any other device with that capability – including MOTOTRBO radios – regardless of location. As a result, you effectively enable enterprise-wide PTT without having to implement any additional infrastructure. Companies are able to leverage their sizeable investments in radio systems, yet scale enterprise PTT as needed. Since WAVE On Cloud is delivered as a subscription-based Communication Platform as-a-Service, or CPaaS, implementation is as simple as paying a monthly subscription fee, downloading the app and scaling as you go.

In today’s interconnected business landscape, an emergency or adverse incident in one enterprise outpost can easily cause problems in another affiliated location. This justifies the use of an emergency notification system, or “All Call” feature, which can span beyond the building, and to other areas of the organization instantaneously. With the push-to-talk functionality of WAVE On Cloud, you get that capability at no capital expense to your business.

3.  Why not just go through traditional communication hierarchies?

Of course, this begs the question: Why alter traditional business communications at all? Today, an enterprise that needs to reach every single line of business (carpeted, concrete and otherwise) will go through decision makers, to management and from management to supervisory positions in the concrete operations. Those supervisors then branch out to their teams, most likely though two-way radio. For the sake of explicit clarity, let’s look at how simplifying this line of communication in a true UCC setup benefits employee safety.

First, let’s consider the example of a hospital that declares an internal state of emergency. For instance, in early 2016, Hollywood Presbyterian Hospital was struck with ransomware, crippling many of its computer systems. As a result, the hospital was forced to keep records with pen and paper, and actually started to reroute ambulances to other nearby facilities whenever possible. Fortunately, patient care was not affected by the incident. Nevertheless, this is the type of emergency in which having a single, unified “All Call” communication system is crucial. Security and administrative staff, doctors, nurses, on-site technicians, custodial staff and EMTs all need to be kept in the loop through UCC, and alerted the moment that an internal state of emergency is initiated, so that they can begin adhering to contingency protocols. Patient well-being and public safety depend on a quick and uniform response to the emergency. While departments are waiting for information, they can’t follow protocol.

Let’s consider another scenario: a product recall. In the event of a bacterial outbreak at a food production plant, for instance, every operation will be impacted. And while employee safety may not be at immediate risk, public safety is endangered. An “All Call” capability can help the organization respond quickly and harmoniously. Most enterprises will have a pre-meditated protocol for dealing with these types of situations, and that everyone has a role to play. An “All Call” button doesn’t replace these processes, but it does get them in motion in a quick and uniform manner. Like an enterprise-wide intercom, critical, emergency-grade information can be passed via “All Call” to the largest number of employees possible.

Perhaps the “All Call” scenario that hits closest to home for most is a school district emergency.  In a matter of seconds, instructions can be given district-wide to initiate lockdown procedures or other emergency protocol.  Of course decision-makers will still need to engineer response protocols to these situations. “All Call” by no means democratizes these response strategies. It does not influence the content of the message or instruct action; it merely gives decision-makers and managers the architecture they need to share that message as quickly and efficiently as possible. In doing so, “All Call” also helps to eliminate the possibility of miscommunications that could hinder the performance of incident response. The end result is a leaner, more responsive organization that can work in tandem to solve the most dire problems.

For more information about how WAVE OnCloud can improve enterprise-wise safety, reach out to us today. With more than four decades of experience, Day Wireless Systems is a veteran in communication systems – one hand on the past, and both eyes on the future.

We’re ready to talk PTT whenever you are.

Previous Post: Top 5 Reasons Why You Will Love the New SLR 1000 Repeater
Next Post: The Importance of Company-Wide UCC for Agile Operations