Hear from Gordon Day, President & CEO and some of its long tenured employees 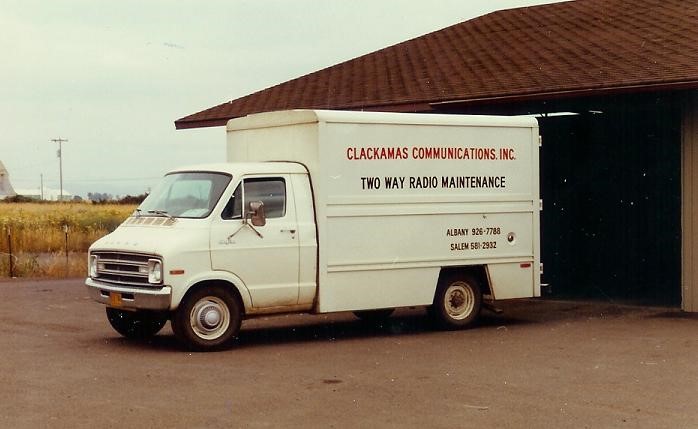 It’s been 50 years….I can’t believe it.  I would have been 13.  I can remember when the whole thing started.  Back in 1969, there were only two full time employees, Jim Metz and Steve Day, and I worked part time.  All I did in the early days was installs.  The back room of the phone company shop was our radio shop.  The work benches are still there, the dimensions of the office are smaller than this room. (Gordon’s current office)

I worked in the mechanics shop, when the guys had an install I did the install.  I’d take the car apart, put the phone/radio in, and put the car together.  Back in those days the first mobile phone that we installed there was a box about 35 pounds, full of tubes and relays to make it work, and we put it in the trunk.  There was a big control head and telephone handset that goes up in the front.  These were called IMTS car telephones, Pulsar 1’s and later the Pulsar 2.  Most of the guys that used the phones back then were workers, business owners.  If it was a nice car like a Cadillac, guys were pretty picky about their cars.  They would drive out from Portland to Estacada to have me install their phones, I took a lot of pride in that. 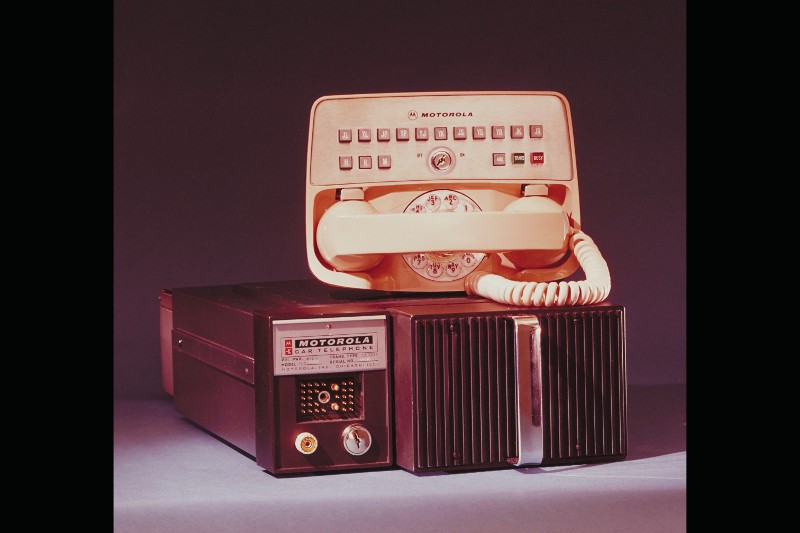 Early on when we started to grow Clackamas Communications we finally grew out of that small space, Dad bought a place out in Estacada at an old dentist office.  There was a guy running the local Motorola service business here who had an office in Albany and Salem (Oregon).  He wanted to sell the one in Albany.  Dad and Jim bought it.  And then a year or two after that he bought the one in Salem.    By then I was out of high school and was in college.  I worked in the Albany office and did installs around my school schedule at Oregon State.  When I was done with school there I started working full time, I told Dad we have to move out of Estacada, we moved into Clackamas and rented a facility for 7 or 8 years.  I wanted to build a building, this building, 30 years ago.  So we moved in here in the late 80’s.

Then you throw in all the businesses we started buying in Oregon, then Washington.  Ratelco, Ducap, we bought some assets in Spokane, bought a company from an ESOP in Central Washington and merged with Randy and Damon at Valley Com.  There was a Motorola VP named Paul Johnson who ran the sales side out west, he worked out of San Diego.  He took care of Northern California, Oregon, and Washington.  Motorola wanted to reassign him back to Chicago and he didn’t want to go.  He was friends with the MSS in San Francisco and he reached out to us to see if we wanted to partner with them, that’s how we got into California.  We bought a small business in Chico.  US Mobile in San Diego was the last deal in California.  Most recently in the past few years we’ve had our Idaho acquisition and partnerships, and are looking to expand further East. 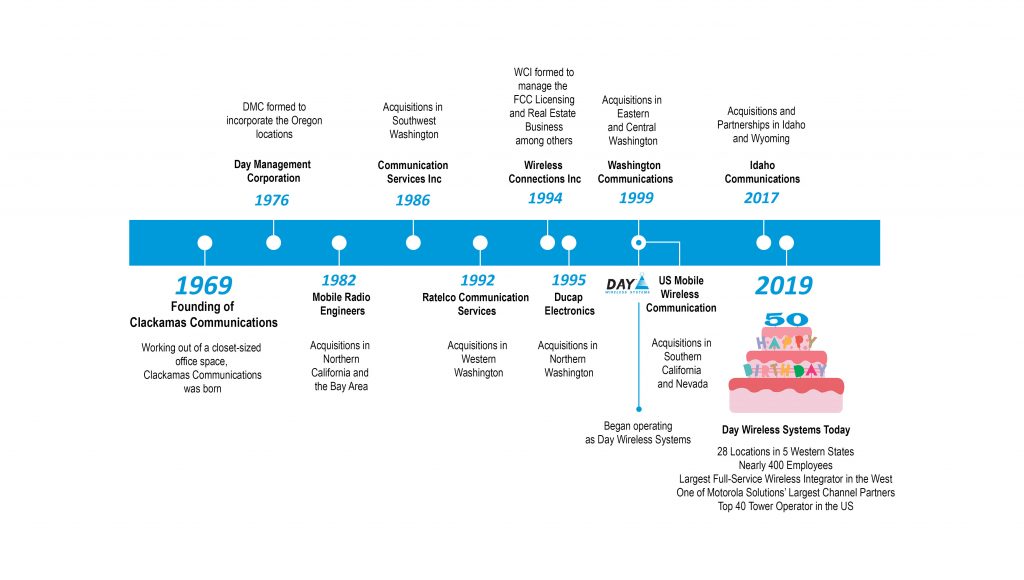 Our Employees and Relationships

I think the biggest thing I appreciate most out of the whole thing is the friendship and camaraderie with Motorola and the other MSS dealers throughout the country and the people here.  That has probably has given me more satisfaction than anything.  I like the fact that we’ve done well.  Building a team of people that know what they are doing.  We were Motorola’s largest dealer at one point in time.  Motorola wouldn’t have let us grow to the size we are without that being the case, so they have a lot of confidence in us as well.  The longevity of our people says a lot about our business.  It isn’t always fun around here by any stretch but as a whole it has been a very good run.  The guys that have worked for me have all been long term people, and that’s what makes your life easy.  Leave them alone and let them do their thing.  I’ve got enough smart people around me that they’ll guide me in the right direction from a technology standpoint and let’s see where the business takes us.

“Tech difference has come a long way. We used to do a lot of work with tubes now it’s all processor based. It’s as much about the software as it is about anything else we are still installing hardware but it’s all software driven.”

“What stands out is the Day Wireless legacy.  We have always set the standard for where we are today and where we are going in the future”

“I’ve been all over the company and they’ve been good to me through it all.”

“I came from a big corporation and it didn’t feel like family. Day Wireless treats you like part of the family. You don’t feel like you are lost in a sea of corporation. I’ve been working with a lot of good people.”

“When I was hired I felt I found a home.  My feeling was correct!  It has been exciting to be a part of the growth and success.”

“To become a market leader in this industry is an amazing accomplishment and professionally gratifying.  While maintaining market leadership requires the ability to see around corners, taking care of our employees, customers and partners has been an important part of our distinction. Working with these people has been the most rewarding part of this journey.”

Previous Post: Compelling Industry Use Cases for CBRS OnGo
Next Post: H.R. 5515 and Its Impact on Security and Surveillance for Local Govt Agencies