Federal agencies were given a deadline of Aug. 13, 2019 to remove all cameras from Chinese vendors such as Hikvision. But according to Bloomberg, many of those agencies weren’t even aware as of July 10 what type or surveillance cameras they used, which seems to indicate that they’re behind schedule.

Nevertheless, the law has been set in motion, which means federal agencies have to comply sooner rather than later – as do local government agencies that rely on federal dollars for their surveillance systems. Even local agencies that don’t depend on federal funds for surveillance systems may want to consider switching to a North American vendor under the simple pretense that, if the federal government doesn’t trust these manufacturers, perhaps they shouldn’t either. 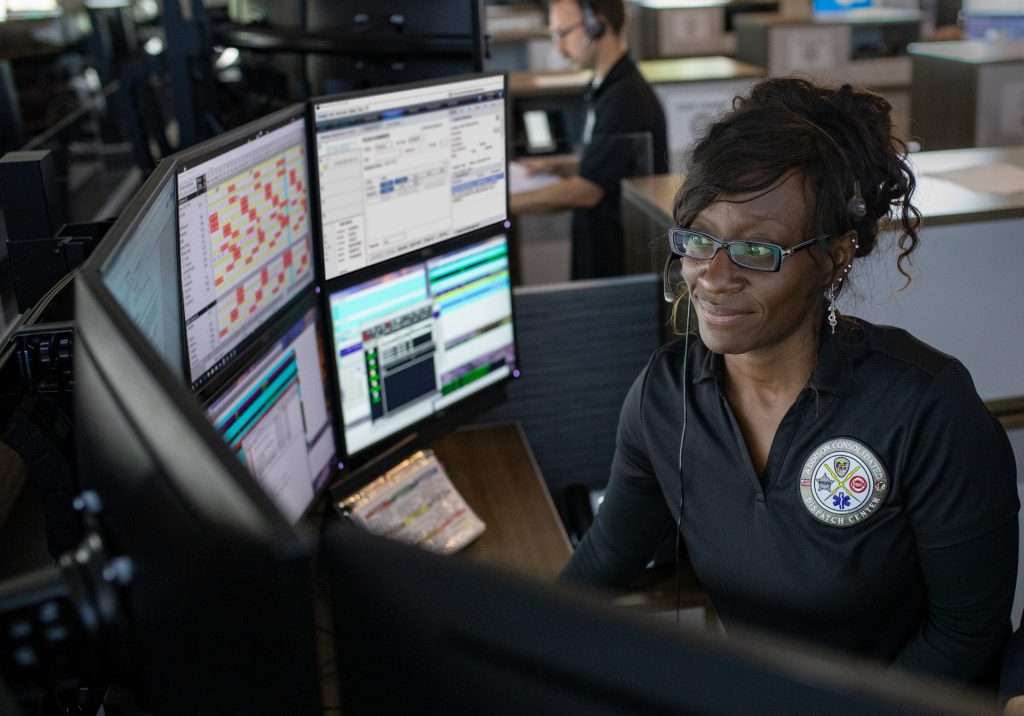 Some Background on the Issue

In 2017, cybersecurity company ReFirm Labs discovered that Dahua cameras had secret backdoors that can be used to relay surveillance data to unauthorized users in China. According to Krebs on Security, the researcher who discovered the vulnerability was, “so appalled at the discovery that he labeled it an apparent ‘backdoor’ — an undocumented means of accessing an electronic device that often only the vendor knows about.”

Dahua has since released a public statement acknowledging the issue and claiming to have fixed it, but in the eyes of many U.S. policymakers, it was too little, too late.

Hikvision also came under fire in 2017 when media reports revealed its associations with state-sponsored companies. Shortly thereafter, the Army removed all the manufacturer’s cameras installed at Fort Leonard Wood, a domestic military base, as a precaution and to “remove any negative perception,” according to the Wall Street Journal. The negative press for the Chinese manufacturer coincided with a Congressional committee’s decision to assess whether or not using Hikvision equipment was a national security threat.

Since then, the U.S. has not only blacklisted the use of Dahua and Hikvision cameras among federal agencies, but is now also considering imposing an export ban that would prevent American companies from selling technology to those manufacturers.

Across the pond, U.K. officials have also expressed serious concerns about Hikvision’s choke hold on the surveillance market in that country – specifically on the grounds that the manufacturer is, “complicit in human rights abuses and also represents a national security risk,” according to The Intercept.

Where Do Local Agencies Go From Here?

As of this writing, there is no law prohibiting state and local government agencies from purchasing or using surveillance and security equipment manufactured by Hikvision, Dahua and other companies affected by the federal government ban. (Again, the only possible exception would be state and local agencies that intend to use federal funds for those purchases.)

Nevertheless, the trustworthiness of the Chinese surveillance manufacturers has already been called into question by several federal governments as a national security risk, and should therefore be treated as such by state and local agencies.

In addition to surveillance cameras, Hikvision and Dahua supply AI-powered facial recognition technology and other analytics that can be used to enhance security and improve incident management. These types of analytics have a place in the future of security and surveillance in public institutions – particularly in schools, healthcare facilities and government buildings that could benefit from the ability to trace the whereabouts of an intruder and to automatically alert security personnel upon detection of unusual or suspicious activity.

But state and local decision-makers may want to think twice before handing that type of data over to Hikvision or Dahua in light of recent controversies and federal distrust.

More importantly, domestic companies like Avigilon can do everything Hikvision does – and then some – using hardware manufactured in North America. That includes providing multifaceted cameras and access control systems as well advanced video analytics that streamline surveillance and incident management.

If you work for a state or local agency and are unsure of what surveillance equipment you’re currently using, the experts at Day Wireless Systems can help you find out. We can also provide a consultation for organizations interested in learning more about video analytics and other types of security and surveillance technologies. Get in touch with us to learn more about how we can help you secure your agency or organization responsibly.