Of all the natural disasters that threaten human safety, none is harder to forecast than an earthquake.

Unlike hurricanes, floods, wildfires and other natural disasters, earthquake preparedness is entirely preemptive. You can track a hurricane and adjust response efforts accordingly, but a quake can strike at any minute. And when it does, you’re either ready or you’re not. There’s no preparing after the fact.

The Risks to Critical Communication Infrastructure 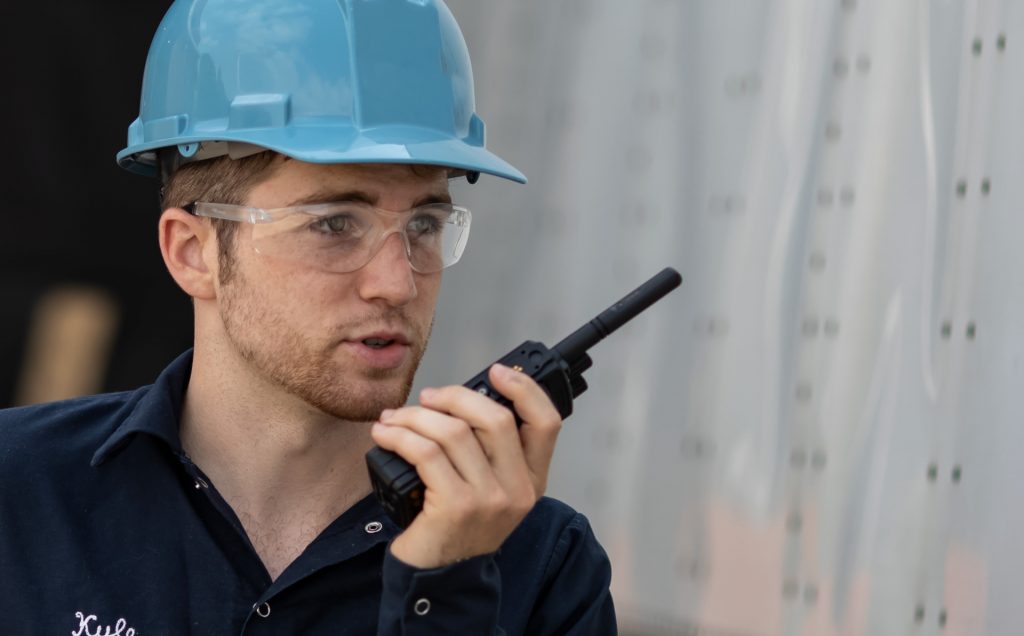 Cellular networks and the other communication infrastructure that are critical to response efforts are equally at risk to seismic unpredictability. The equipment is either preemptively designed to weather an earthquake, or it isn’t. And, unfortunately, most of that infrastructure is alarmingly vulnerable, according to Government Technology.

Even in Los Angeles, where quakes are all but expected – cellular towers are only required to be built to well-enough that they won’t collapse and hurt people during seismic activity. There is no rule that says they have to be resilient enough to continue working, according to the LA Times. Nor are there are any formal requirements for long-term backups should there be a power outage. In July, 2019, Southern California was blindsided by a 6.4 magnitude earthquake, which was soon followed by a 7.1 magnitude quake. Then came the aftershocks – thousands of them, many causing power outages hundreds of miles from the epicenter, according to the New York Times.

Setting aside a power outage, cellular networks often become overloaded with traffic in the event of an emergency. When this happens, calls and texts fail to get through.

All of these issues are legitimate concerns anywhere, but especially along the West Coast. The San Andreas fault is an 800-mile rift zone that runs along Southern California, and it’s the reason the Golden State experiences so much seismic activity.

To the north, The Cascadia Subduction Zone is a 600-mile fault in the Pacific Northwest that some experts have called a “ticking time bomb.” One Oregon State University professor estimates there’s a 33% chance that an earthquake will occur in the region within the next 50 years. A magnitude-9 or higher quake would devastate the region, causing many buildings to sink or be destroyed. The resulting tsunami would likely result in thousands of miles of flooding. Coastal populations would need to drive 20 to 30 minutes to reach higher ground.

In this scenario, you might think people have more to worry about than whether their cell phones work. However, these are exactly the types of situations where reliable communication can literally be a matter of life and death for tens of thousands of people. And, ironically, it’s also the exact type of situation that most cellular infrastructure simply wasn’t designed to withstand.

Radio signal has repeatedly proven to be more resilient to downtime than electricity and cellular networks.  They don’t need cellular towers to transmit short-range audio in real time, and its range can be substantially expanded with repeaters. A repeater receives a signal, and re-transmits it so that two devices can communicate over greater distances or around obstructions (including the curvature of the Earth). When hooked up to a backup power system, they can help keep channels of communication up and running throughout a crisis.  This resiliency allows entities to be able to carry out their designated emergency response action plans, keep users informed, and safe.

Two-way radio offers many layers of built in redundancy and the ability for users to design their own systems with additional hardening.  For instance, many companies utilize IP connections to network multiple repeaters and cover a large area.  If IP connectivity is compromised they still would be able to communicate using their local repeater.  They could harden their local repeaters with battery or generator backup.  And if their repeater goes down they can still communicate without a repeater in radio-to-radio simplex mode.

Two-way radios themselves have push-to-talk capabilities which make it easy to quickly communicate. They’re rugged, they provide clear audio even in noisy settings, and have significantly longer battery lives than smartphones and other electronic communication devices.  Most importantly they are extremely simple to use with very little training necessary.  The push-to-talk, release to listen simplicity allows users to focus on the task at hand, and not how to use the technology.

Performance and resilience makes two-way radio the ideal emergency-communication medium, which is why first responders rely so heavily on it – and it’s somewhat comforting to know that police officers, firefighters, EMTs and other emergency responders can still talk to one another when the power grid fails and cell towers stop functioning. Likewise – and as anyone who’s ever been caught in a power outage knows – having access to a battery-powered FM radio can be an extremely useful way of getting information when all other means fail.

But is that enough? What about teachers, healthcare workers, transportation professionals, facility managers and just about every other member of the workforce? It goes without saying that municipalities need to have emergency two-way radio systems ready for first responders and public-sector employees. However, private-sector organizations should also have a reliable, highly durable means of communication immediately following a crisis.

Emergency Preparedness Should Be a Priority for Your Organization

In truth, the specter of catastrophic earthquakes shouldn’t have to weigh into this decision. There are plenty of everyday scenarios that can benefit from instant communication, long battery-life, GPS location, safety features that immediately flag when someone has fallen, “all-call” options that broadcast a message to everyone on a network, integration with digital technology and countless other features.

However, if none of those are reason enough to leverage two way radio, then perhaps this simple question is: If the power grid and cellular networks fail – by rain, by fire, by wind or by earth –  how will you communicate with your workforce to carry out your emergency procedures? And what, if anything, will you be able to contribute to the response efforts immediately following a disaster?

If you don’t have a good answer for those questions, then it’s about time you found one. Just because something hasn’t happened to you before doesn’t mean it won’t. And while you can’t stop some disasters from happening, you can do your best to prepare for them.

Extract / Metadescription:
You can’t stop some disasters from occurring, but you can do your best to prepare for them, starting with reliable communication technology.