The underlying irony of modern communication technology is that it often fails when it’s needed most: during disasters.

Cellular networks are crucial to everyday life, especially given how reliant most of us are on internet connectivity. Meanwhile, data’s contribution to first responders is irrefutable; command-and-control and real-time crime centers provide invaluable intelligence for everyday emergency operations.

Nevertheless, digital wireless communications are notoriously vulnerable to downtime during inclement weather. By comparison, radio networks have shown extraordinary resilience and, in recent years, have picked up some of the slack during emergency situations. Backpedaling on cellular network expansion is certainly not feasible; however, municipalities, healthcare facilities and commercial businesses that need communication systems capable of weathering storms need to have a reliable backup communication network in the form of two-way radio.

It may not be the primary means of day-to-day communication, but during an emergency, radio-frequency networks are often the only means of communication.

Cellular networks have been a prominent casualty of climate instability in the past few years.

In 2017, Hurricane Harvey wrecked hundreds of cellular towers, leaving some counties with cell-site outage percentages of up to 95 percent, according to Ars Technica. While this pales in comparison to the 1,000 or so cell sites that were disrupted during Hurricane Katrina in 2005, more than 148,000 people in the Houston area were left with no access to internet, TV and phone services. The only silver lining is that the Texas Wide Area Radio Network (TXWARN) P25 system from Motorola Solutions worked as intended, which gave emergency responders a means to coordinate rescue operations. Ham radio operators also stepped up to the plate, and provided invaluable communication with the outside world in areas where all other mediums failed.

Fast-forward to October 2018: Hurricane Michael’s assault on the South left some cities without adequate coverage. Panama City Beach Mayor Mike Thomas said “we’re having phone troubles out here with the cellular service” and added that, “the city’s carrier has done a pretty poor job,” according to Wireless Estimator. Cellular coverage suffered in the area, despite battery backups that should have lasted longer than they did. Meanwhile, in Bay County 65 percent of cell sites failed, according to Bloomberg.

Less than a month later, some of the cell sites in the path of the widespread California wildfires were disrupted, making it difficult for citizens to get the help they needed. In its coverage of the event, Bloomberg pointed out that the FCC has voiced repeated concern about the resilience of cellular communication to such events. Nevertheless, there is still no requirement for cell sites to have backup power, as carriers have repeatedly pushed back against the idea because of the additional infrastructure needed to support power redundancy.

These and other incidents have sparked conversations about how prepared we are to deal with a larger-scale disaster such as an earthquake along one of the West Coast’s many fault lines. In 2015, Los Angeles became the first U.S. city to enact “quake safety standards” for cell towers, according to the Los Angeles Times. However, without formal backup power requirements, a failure in power infrastructure could still yield a cell-site failure. 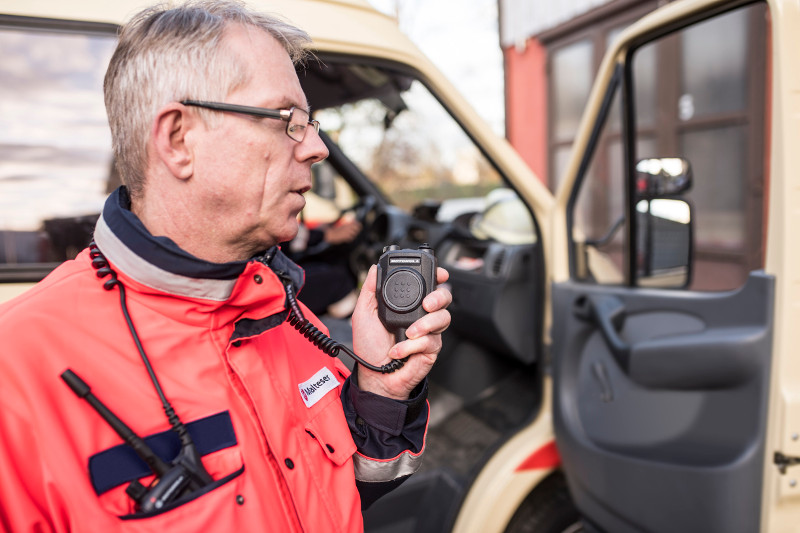 Municipal decision-makers must continue to ensure that emergency first-responder systems can outlast a natural disaster such as an earthquake, hurricane or forest fire.

The principal benefit of two-way radios is that they can technically send and receive short-range audio without cellular towers. However, that range can be exponentially increased with repeaters. Many jurisdictions also require public safety distributed antenna systems (DAS) in large commercial and residential buildings to ensure that first responders have signal coverage on the premises – and adequate backup battery power is typically a requirement for these systems. The point is, infrastructure for two-way communication is highly durable and resilient to downtime by design.

The handheld devices themselves are also highly rugged, have push-to-talk capabilities and boast significantly superior battery life to digital endpoints. Many two-way radios also enable texting. These are all important feature to have available when looking for emergency two way radio communication needs.

Cellular networks are incredibly useful and come in handy in many emergency situations. But the utility of two-way radio should not be undermined in what is rapidly becoming a cellular-first world. This is especially true in light of 5G’s development. While the eventual network promises lightning-fast download speeds, it does so at the cost of diminished range, and something as simple as a rainstorm can cause a signal to suffer.

For these reasons, two way radios will remain the superior communication medium for emergency response and crisis management.

Previous Post: How Digital PTT Enhances Coordination at Health Care Facilities
Next Post: To Gain or Not to Gain…That is the Antenna Question