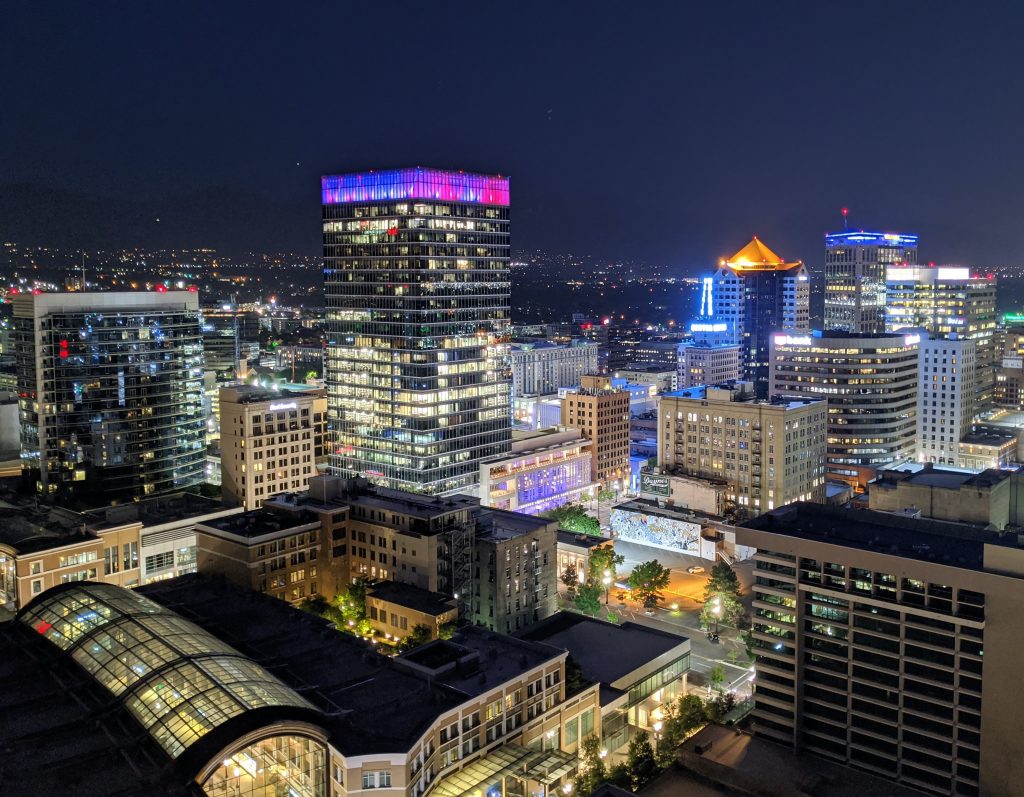 Nestled among the high peaks of the Wasatch Range, there’s a bit of a high-tech renaissance going on in the state of Utah. While the “Silicon” title is often used in a somewhat aspirational form to describe locations across the country as they court companies in the tech sector, Utah has certainly earned the moniker of “Silicon Slopes,” and the region might just be nipping at the heels of the term’s progenitor in Northern California.

The Silicon Slope title didn’t just spring up overnight. Utah tech companies have steadily been gaining steam over the last decade. A 2019 report from the Kem C. Gardner Policy Institute at the University of Utah found that the compound annual growth rate for tech industry employment in the state was 4.9% over the span of 10 years between 2008 and 2018. For comparison, the national average was 1.4%, and even in California, the number was just 2.6%. In fact, the only state to surpass Utah’s growth rate during this time period was Washington, with 5%. As a result, the report found that 15.2% of all jobs in the state were supported by the tech industry.

As a consequence of this steady expansion, the Milken Institute cited Utah tech companies as a driving force behind the diversification of Salt Lake City’s economy, helping boost the city almost 50 spots in one year on the organization’s list of the top-performing cities in the country. The Provo and Ogden metropolitan areas were also among the top 25 cities, according to the ranking, and in the north, Logan was cited as the best-performing small city in the country.

In addition to the tech sector buoying the fortunes of long-time Utahns, out-of-state workers are also being won over by the Beehive State. As Utah tech companies work to encourage people to resettle, they’re often able to pitch the outdoor recreational opportunities embedded in the Silicon Slopes name. The Salt Lake Tribune reported that skiing and other mountain activities can be a big draw for relocating tech workers.

Balancing the Needs of Remote Workers

As KSL.com reported, Utah tech companies have had to contend with the rapid shift to remote work precipitated by the COVID-19 pandemic. While many businesses have managed the transition well, there remains uncertainty around what in-person working environments will look like as Silicon Slopes businesses look to the future. Such considerations will have a big impact on their internal IT needs going forward.

Day Wireless Services Is Proud to Serve the Wasatch Front

With years of experience supporting some of the biggest names in West Coast tech, we’re excited to work with emerging and established Utah tech companies to solve problems, enhance operations and enable continued growth for Silicon Slopes.

As a family-owned business, we’re proud to have been in operation since 1969. Over the past several decades, we’ve grown into the largest wireless systems integrator in the West, and we’re a leading U.S. Motorola Solutions channel partner.

In July 2020, we announced our acquisition of RCS Incorporated, a company based in Orem, Utah. Also a family business, RCS is excited for the shared possibilities as we work together to provide innovative wireless technology solutions throughout the region.

Given our broad range of experience working with high-tech companies across the West Coast, we’re excited about the potential to assist Silicon Slopes enterprises in a similar fashion.

We stand ready to help Utah tech companies by providing valuable services and solutions like:

For more information about how Day Wireless Services can assist your Silicon Slopes enterprise, reach out to us today. We’re here to provide quality customer support that enables the continued growth of Utah tech companies.

Previous Post: Your Next Mobile Two-Way Radio: Get Moving With the TLK 150
Next Post: A Two-Way Radio Buying Guide for Businesses