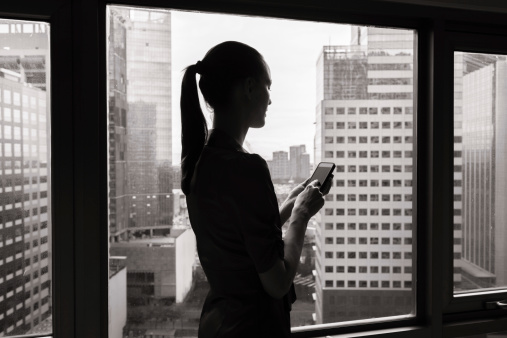 I recently had a discussion with our DAS (Distributed Antenna Systems) business manager.  The conversation revolved around cellular DAS solutions, market trends, and different purchasing models.

What are the different types of cellular DAS solutions available?

Non engineered solutions are low powered cellular boosters that can cover all four carriers but you don’t need to have official carrier approval on them.  These devices are manufactured by Wilson or Surecall, and there are a couple others out there.  They are less than a watt of power.  They are basically monitored within their own hardware to shut off if there’s any interference with the carriers.

You just have to register these devices with the FCC which is easy to do.  They don’t need any sort of carrier approval, the carriers have deemed them low power enough that they won’t impact the macro cellular network, and they are fairly inexpensive. These solutions can probably cover around 20,000 square feet per system, so if you have a 50,000 sf building you might need 2 or more systems in a building.  You can install these inexpensively as well; it’s not using really thick coax or fiber so it makes sense that it’s going to be less expensive for installation.  They work okay as long as you have the proper expectation. If you have decent signal strength on your rooftop and you put one of these systems in, you’ll be able to take and make calls.  It is just limited from a power and capacity perspective so make sure your integrator is going over this with you.  You are not guaranteed coverage since these systems aren’t engineered.  However, your integrator will do their best to map out coverage units based on your floor plan.  Typically we’re seeing pricing come in at $0.25-$0.45 per square foot including installation for non-engineered systems.

How does Whoop work?

It’s very similar to traditional DAS but there are a couple of differences.  The amplifier is included in the Whoop Wireless solution.  They’ll have it in the head end room.  From the power perspective it’ll be a little less amplification than traditional DAS and you won’t have that thick coax once again.  What’s really different about it is the remote units are actually next to the antenna so instead of having all that signal loss from the amplifier to the antenna you basically have full power coming out of the antenna and that’s what allows them to cover a larger area than a non-engineered solution.

It has good capacity but it’s not nearly enough for a stadium or amphitheater an application for a ton of users.  That’s not what it’s made for.  It is made for apartment complexes and hotels, you know, the 100,000-200,000 sf buildings that struggle to get carrier coordination and struggle to get carrier involvement in any way and need a solution that is fairly inexpensive but still works well.

The fully engineered solution has been around for a while now.  This is what you’ll need if coverage and capacity are driving your needs.  These are going to be active DAS systems meaning power will transport the signal through a distributed fiber network, and the signal will be reconverted to RF by remote units.  That means that building size really isn’t an issue.  You can deploy an engineered DAS for millions of square feet if you need to.  That’s the traditional Commscope, or SOLiD, or Corning solution and is a neutral host solution that can house any or all of the four cellular carriers.  It could be a high power solution in some cases up to 20 watts.  The carrier coordination is usually pretty extensive.  They want to look at all of your full designs in a certain way and they want to look at the macro network surrounding the building to make sure it makes sense to put something in.

Fully engineered solutions have a little bit of uncertainty because you may or may not get the carriers to sign on.  An integrator can talk to the carriers to make sure they do everything they can to sign off but ultimately the carriers control their signal, their frequencies, and can decide whether or not they want a system in place.  Costs can vary quite a bit and you are looking at anywhere from $2-$5 per square foot for this type of system.

Something that is changing in the market right now is engineered cellular DAS has been the go-to solution for carriers and integrators for a long time.  There’s a new solution out there right now called small cell, and small cell for in-building wireless are devices that look very similar to Wi-Fi access points.  All you need for carrier source is an Ethernet backbone.  You don’t need a base station or an amplifier or heavy coax.

They can often only cover a small frequency range and in many cases it’s just a one carrier solution.  You might need multiple access points per carrier but it is a solution that is up and coming and they are trying to figure out a way for one access point cover the entire spectrum of all four carriers.

When that happens it’ll change the market because that solution will be a lot less expensive than an engineered DAS, but it will provide the same or better capacity than a full blown DAS and provide better coverage.  It’s something that has been in the industry for the past 3-4 years and people have been talking about it, expecting it to take off, but because of the limitations of needing multiple small cell devices per carrier it just doesn’t quite make sense yet.  They are making changes and as that comes along it may potentially change the market.

You mentioned the cost for engineered DAS being anywhere from $2-$5 per square foot which is crazy to think about…who has the money for that?  In the past perhaps the carriers footed some of the bill for some of that but can you tell me where the industry is going and are carriers willing to spend money on cellular DAS like they used to?

The carriers in general have changed their outlook on how they’re spending on DAS, especially in the past 10 years there was a huge push for carriers to put in-building systems in place for all large venues- stadiums, hospitals, malls, high rises, and buildings like that.  They were spending a huge amount of money to get coverage in those buildings.

Over the past 2 years carriers have really cut back on their spending and that’s the trend going forward.  A lot of that has to do with they’ve recently spent a lot of money expanding their networks to 4G.  Everybody that needs a cell phone has a cell phone, everyone who needs a tablet has one.  There’s not as much growth in the market anymore, they are not getting a lot of new subscriptions like they used to.  So carriers are less willing to spend money on DAS systems.  In many cases even if you are a large customer of a carrier they are still going to have you foot some of the bill whereas 3-4 years ago they may have paid for it themselves.

Do you have any tips where an end customer can either get the budget for the right solution or minimize their cost in some way?  What are some of the different ownership models for cellular DAS?

This is where an integrator can help find the right fit.  We run into a lot of situations where the customer just needs voice coverage and light data and that’s all they need.  In those cases maybe it’s a non-engineered solution if you don’t have a ton of money to spend.  As you get into needing more data and call capacity then you might run into those semi-engineered or full blown DAS solutions.

There are a few ownership models out there depending how you want to do it.  You can go straight to an integrator and buy your DAS, put the system in and manage the system yourself.  Or, there are companies out there called 3rd party operators that in some cases are willing to buy the DAS, bring in the cellular carriers, and they will in turn charge the carriers a rental on that DAS system.  The use case for 3rd party owned is larger facilities 500,000 sf or more, campus environments, stadiums, convention centers, buildings like that.  You can even set up your own neutral host DAS, but that’s where it’s going to be a lot of money, $2-$5 per square foot, with no guarantee that carriers are going to pay to be on your system.

Lastly, if you have a really good relationship with your carrier, perhaps your carrier will be willing to share the bill for the DAS.  Typically it will be a single carrier situation only.  It’s just that in the past they were much more willing to do that than they are now.

In order to save money should I have a cellular system and a public safety system on the same DAS?

It’s a question that has come up a lot in the past year.  You can definitely have a cellular system and public safety system on the same DAS but I wouldn’t recommend it.

In many cases new construction projects have to have an emergency responder radio system installed.  And these DAS systems have certain code requirements you need to meet such as 24 hour battery backup, NEMA 4 requirements on the remotes, alarming to name a few.  Due to the different requirements from the emergency responder coverage perspective it is costly to include cellular in the same system…because all of the cellular remotes need to have the same requirements.  In many cases having 2 parallel systems, 1 cellular and 1 public safety is less expensive than having 1 DAS that houses both.  In addition, Public Safety emergency responders like them to be separate because they don’t like having cellular carriers mess with a DAS system that houses public safety and potentially will be turned off or on if the carriers are having trouble with the system.

Where does Day Wireless fit into the integrator space when it comes to cellular DAS?

We have good relationships with the carriers and understand how to work with them.  We really feel comfortable selling these systems… we’ve done a lot in each niche and we’ve completed a lot of systems.  So there’s nothing we really can’t handle at Day when it comes to cellular DAS.

Previous Post: Mountain Wave Search and Rescue Operations Strengthened with New Vehicle
Next Post: Public Safety BDA and DAS System Re-Certification: Why You Need It and How to Get It