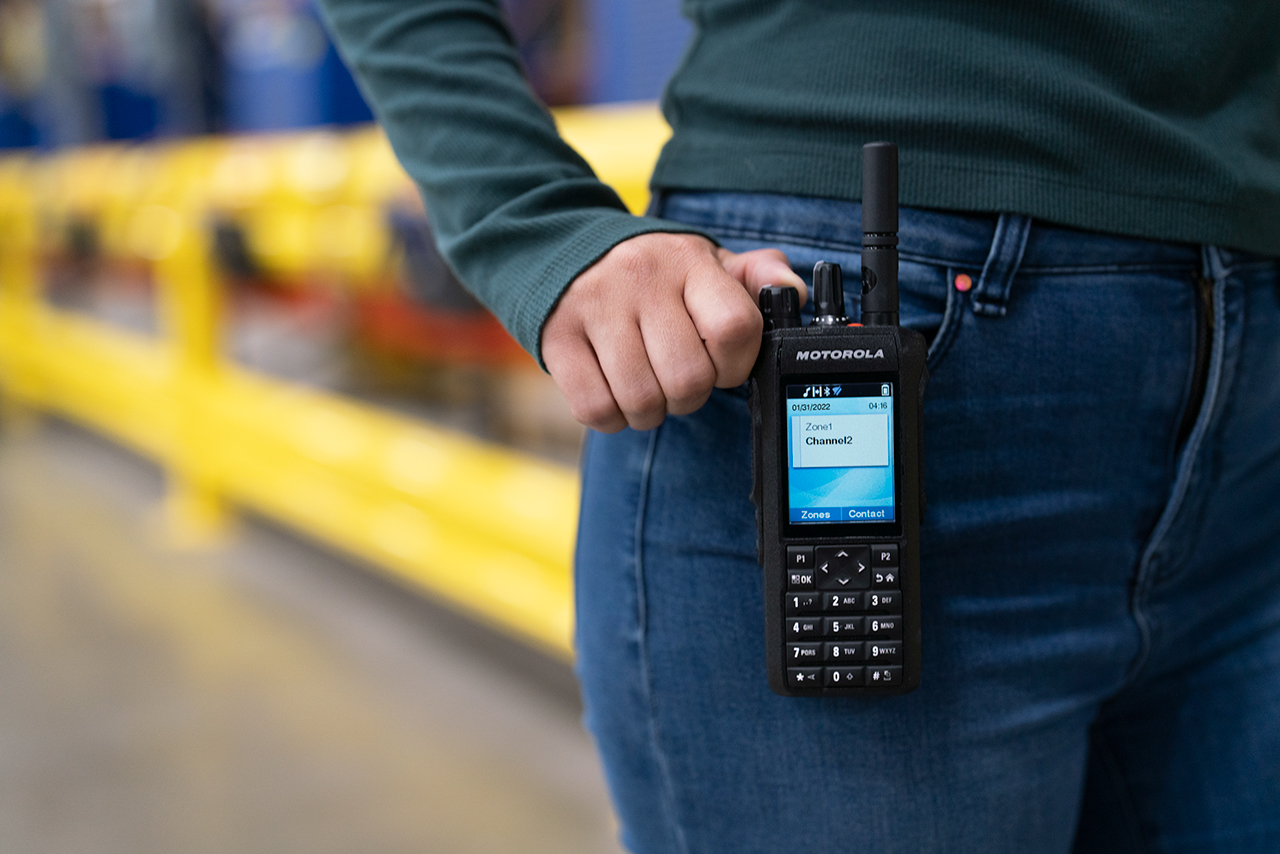 Have you heard about the new digital two-way radio from Motorola? The MOTOTRBO R7 has advanced audio features and a slim, rugged design with an emphasis on clear audio even in loud, rough, and dynamic surroundings.

For many years, the XPR7550e and 7350e have been the flagship Motorola two-way radios as part of the XPR7000e series. While there’s no official cancellation notice yet, we expect that to be forthcoming, with the R7 series to replace them. Motorola’s product engineers have taken the best out of the 7000 series and made them even better.

The MOTOTRBO R7 is easily connected to a variety of sensors over DMR and Bluetooth and can be integrated with video security and access control systems, making it a perfect complement to any two-way radio system, but especially a Safety Reimaged enhanced risk response scenario. It is built to support communication and collaboration in any work environment, enabling security staff to share safety updates in a wide variety of scenarios, including loud crowds, crowded hallways of schools and hospitals, busy offices, and noisy industrial environments. Its integration with other safety systems and technologies allows teams to detect and respond more quickly to all types of day-to-day events, as well as during emergencies.

The R7 is the next generation of the XPR7000e series radio.  In a prior blog, we looked at how the XPR7550e compared to its predecessor, the “non e” XPR7550 series.

Why should I upgrade from the XPR7000e series to R7?

Why should I hold off on upgrading from the XPR7000e series to R7?

The XPR7000e series was one of the most popular radio platforms that Motorola has manufactured to date.  The R7 provides some enhanced features and general upgrades that just about every existing 7000e user can appreciate.  We understand that change can be difficult, but we’re here to help you make the right decision!  Contact us to speak to a representative.

The best news Day Wireless Systems can provide about the new MOTOTRBO R7 is that we have claimed a quantity of the first shipment of handsets during initial limited release. This means we have units in stock and ready to ship out for organizations needing two-way handsets for new or existing systems, with the benefit of having the latest and greatest of the best quality radios on the market.

For more information or to obtain pricing, contact us before our stock is sold.